A little south of Kemah and a little north of San Leon, the Bayview Duck hugs Texas 146 in the village of Bacliff. The menu is heavy on British pub standards—there’s fish and chips, Scotch eggs, bangers and mash, and lots of roast beef. At night, the interior is so dark, even longtime patrons have no idea what it actually looks like. Those who’ve been by day, however, know it’s crammed to the rafters with British Royal family bric-à-brac from the era of the Prince Charles–Lady Di wedding and the war in the Falklands. The Bayview Duck conjures nothing so much as a seedy pub on the outskirts of a past-its-prime English seaside resort—Morecambe, say—albeit one in which smoking is still permitted. Partake in the decent selection of English beers and ales, and make sure you try a shot or two of locally distilled Railean rum—this is a pub Gulf Coast pirates would have loved. 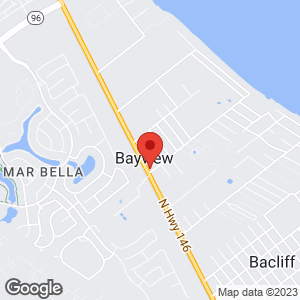