This little bar earned a cult following in the Heights back when it operated out of the Hughie’s on 18th Street before abruptly shuttering in 2017. Now reopened on Travis Street downtown, it’s once again home to a crew of topnotch cocktail wizards who sling classics and seasonal house signatures that pay homage to American rappers, rock ‘n’ roll glitz, and even Houston’s own sordid history—try the Oil Money, an irresistible combination of Laird’s Applejack, cachaça, falernum, and ginger, served over crushed ice in a massive goblet with a flaming, booze-soaked lime. Bonus: The music stays low enough to allow patrons to enjoy a good conversation while they’re sipping their magical apple sauce. 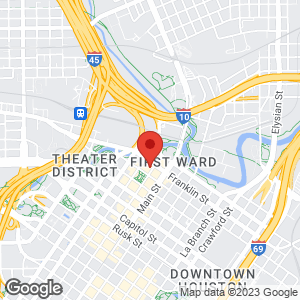 The Houstonian’s Essential Guide to the Best New Bars

We drank (a lot!) to find these 47 incredible watering holes.

This Popular Cocktail Bar Gets a New Start

One Armed Scissor surprised many when it closed suddenly in March. But, oh, is it ever back.

Man Behind the Mix

Behind the bar at Johnny's Gold Brick you'll find a real bartender's bartender.