Chef Danny Trace in the kitchen at Brennan's

Housed in the old Junior League of Houston building on the edge of Midtown where it meets Montrose, this stalwart seafood palace was also the site of Aurora and Garrett’s lunch date in Terms of Endearment (the film for which a room in the restaurant is now named). Under chef Danny Trace, more modern dishes have been introduced to the menu since Brennan's of Houston first opened in 1967, including excellent pecan-crusted Gulf fish with Creole meunière sauce and Gulf fish Pontchartrain topped with jumbo lump crab, J&J shrimp and crispy Matagorda oysters. Staples such as the authentic turtle soup, bread pudding and Bananas Foster, which was invented in 1951 at the original Brennan’s in New Orleans, remains as popular with its brunch, lunch and dinner crowds as ever. 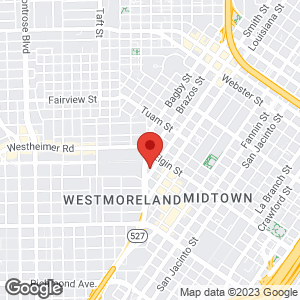 The Best Kitchen Gadgets, According to the Professionals

You Can Do It!

So You Want to Smoke a Turkey This Thanksgiving

We asked some experts (they run smokehouses) how to do it right this Turkey Day.

Food News: Fundraiser Gives People the Chance to Chat With a Chef

Plus, an NBA hall of famer was spotted getting some grub at Jax Grill.

Get ready to chow down on meat, fair food, meat, meat, and more meat.