Greg Gatlin was raised in Houston, graduating from St. Thomas High School and Rice University. The self-taught pitmaster left his office job after deciding he wanted to barbecue for a living. He and his family began catering circa 2008 and opened the first location for Gatlin’s BBQ in 2010, tucked into a tiny house on West 19th Street. Before long, demand for his brisket and St. Louis-cut ribs was so great, Gatlin closed shop and reopened in a giant new home on Ella Boulevard. His barbecue remains some of the best in the city, and the pulled pork with vinegar barbecue sauce is bringing a taste of the deep South to Oak Forest. 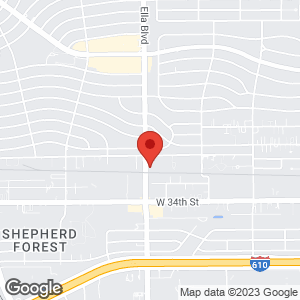 What We're Ordering Out This Week: Neighborhood BBQ and Szechuan Heat

We battle our cravings, whether they be for peppercorns or creamy Gulf-style grits.

In this neighborhood: BBQ, fried chicken, and vegetarian Indian buffet.

The History of Houston's BBQ Renaissance

With so many pitmasters putting their personal spin on a time-honored tradition, we're calling it: Houston is having its barbecue moment.

A Texas Showdown at the HOU-ATX BBQ Throwdown 2017

Pitmasters from Houston and Austin came together for a battle for meat supremacy at Saint Arnold Brewing Company.

Inside the Food Lab