Not since Bryan Caswell’s Reef opened in 2007 has there been so much buzz about a new seafood place, and justifiably so. Having captained Pesce for many years, chef Mark Holley brought an impressive seafood pedigree to his own restaurant—thus does the menu source its oysters and other fare from the best spots nationwide. But he also drew inspiration from local influences, which is why you’ll find East Texas lady creamer peas and Korean-influenced kimchi collard greens under blackened grouper, and barbecue shrimp served on thick, buttery slices of Texas toast. And if you’re going with a group, ordering the impressive Thai-style whole red snapper is almost imperative. 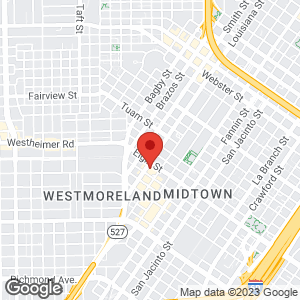 You're not alone—though who can argue against the merits of fancy chicken-fried steak or red velvet pancakes?

Ben-Gurion University of the Negev is hosting a serious culinary throwdown.

From classic to cutting-edge, these 12 restaurants represent the Bayou City’s best of both worlds.

Cajun or Creole, Here’s Your Go-to Bowl of Gumbo

Where to find the best bowls of Houston’s favorite seafood stew.

Who Won Houstonia's 3rd Annual Gumbo Smackdown? You May (Not) Be Surprised

One of the city's best gumbos proves its mettle even in a blind taste test.