This Montrose mainstay has been turning out Americanized versions of Thai staples for years, but don't discount Khun Kay for indulging mainstream tastes: Owners Tanawat and Anuch Sumrith purchased the place from fellow Thai countrywomen Supatra Yooto and Kay Soodjai (who are often credited with opening the first Thai restaurant inside the Loop) in 2015, keeping their more authentic dishes such as roast duck curry and spicy cod on the menu alongside pad thai and kee mao noodles. Lunch specials are served in generous portions on cafeteria-style trays for less than $10, while dinner does a very brisk take-out business. 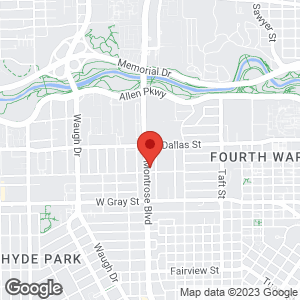 Are These Fusion Foods at Khun Kay Thai Cafe Worth It?

We couldn't help but try the pad thai burrito and jumping squid salad.

It's Edible Gourd Season, Y'all

These three pumpkin dishes are full of fall flavor.

The mind (and blue eyes) behind DEFINE talks about his style and workout philosophies and the new athletic brand he loves.