Jerry Pizzitola spent his childhood tagging along with his dad visiting legendary Houston barbecue joints like Matt Garner’s on West Gray, Lockwood Inn on Lockwood, Green’s Barbecue on Almeda, and Little Green’s (later to become Drexler’s Bar-B-Que) on Dowling. When one of his favorite barbecue joints, the old Shepherd Drive Bar-B-Q, was slated to close, he took it over and opened Pizzitola’s. Through an arrangement with the family of the original owners John and Leila Davis, he was able to grandfather in the old-style brick pits that produce some of the best pork ribs, links, and chicken in the city. 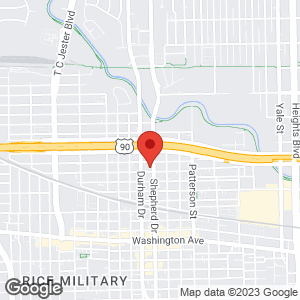 All Of The Meat

The Houston Barbecue Festival Has a New Location

Get all the details on one of the best barbecue events in the state.