Continuing the curious and seemingly combustible Texas tradition of situating barbecue joints next to gas stations, Ray’s sits in a bright corner of a building attached to a Shell station on Old Spanish Trail. Pitmaster Ray Busch started smoking meat part-time out of a trailer, eventually graduating to this brick-and-mortar joint in 2009. Staples like brisket and pork ribs are consistently great. Try the traditional African American “juicy links,” sausage casings filled with finely chopped beef with lots of tallow and spices. They’re called “Lott’s Links” here, named after a beloved but long-gone neighborhood barbecue joint. The surprise stars on Ray’s menu are the Cajun and soul food specialties; the gumbo and fried catfish sometimes steal the show. 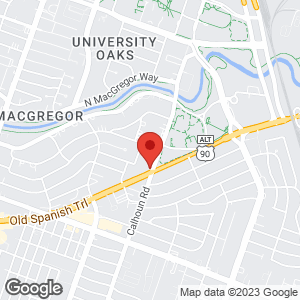 5 Dishes You Must Eat During Houston Black Restaurant Week

More than 30 eateries are participating in the annual two-week showcase.

All Of The Meat

The Houston Barbecue Festival Has a New Location

Get all the details on one of the best barbecue events in the state.

The 10 Best Places to Eat in Houston's Airports

It's worth a trip to the OST for a discounted taste of gas station ribs.