In August former Tiny Boxwoods GM Brian Doke opened Savoir in the Heights, pairing an eclectic, gargantuan list of mostly French and Italian wines with the fascinating cuisine of Micah Rideout, who’s worked in the kitchens of Reef, Potente, and elsewhere. Rideout separates his whimsical dinner menu into three sections: Garden & Guilt, Dough, and Hearth. He isn’t afraid to double down on flavor, as evidenced by G&G items such as the aforementioned “chickerones” dish known as “chicken on quack”; the buttery, garlicky “potato principals,” in which thyme-scented potato skins are draped over confit-roasted fingerlings in a creamy puree; the “carrot away,” which delivers the vegetable six ways, from a minty, spicy cardamom curry to a foamy carrot air; and the “ribeye cruda,” essentially carpaccio with enoki mushrooms, sunchoke crumble, and a tasty black garlic balsamic. 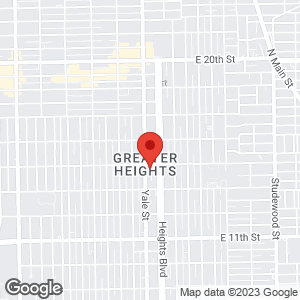 What We're Ordering Out: Prosciutto-Packed Pizza and Fantastic Soul Food

A running list of establishments that may be closed now or may have previously suspended service.

The Heights restaurant offers a fun, creative menu and a wine list to match.