You may have puzzled over the traffic jams that regularly tie up the street in front of this Shipley’s location just north of 610 on Ella. What’s the big deal here? Well, let’s just say this isn’t your average Shipley’s. It’s one of the oldest of the chain’s original locations, and the only one (as far as we know) that fries every doughnut to order. When Ed Levine, founder of the Serious Eats website and a serious doughnut critic, flew into Houston from New York a few years ago to sample our home food, the Shipley’s on Ella was the first place he went. Eating a hot, gooey doughnut, Levine pronounced the Ella Shipley’s among the nation’s top shops. Try one of these, and you’ll wonder what the big deal was about Krispy Kreme. 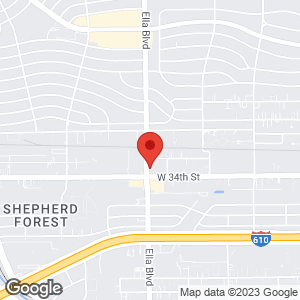 My Children's Favorite Takeout Experiences of 2020

Our dining editor ate with his daughters a lot this year. Let's recap.

Make your Friday even sweeter with these donut deals.

This Old Masters Emoji Set is Everything

Someone cancelled brunch? Respond with an emoji of a sobbing toddler by 17th century painter Jan Steen.

Feed your face for around a buck and change.

The donut is on the rise—here are 7 spots to try Houston's best versions of fried dough.